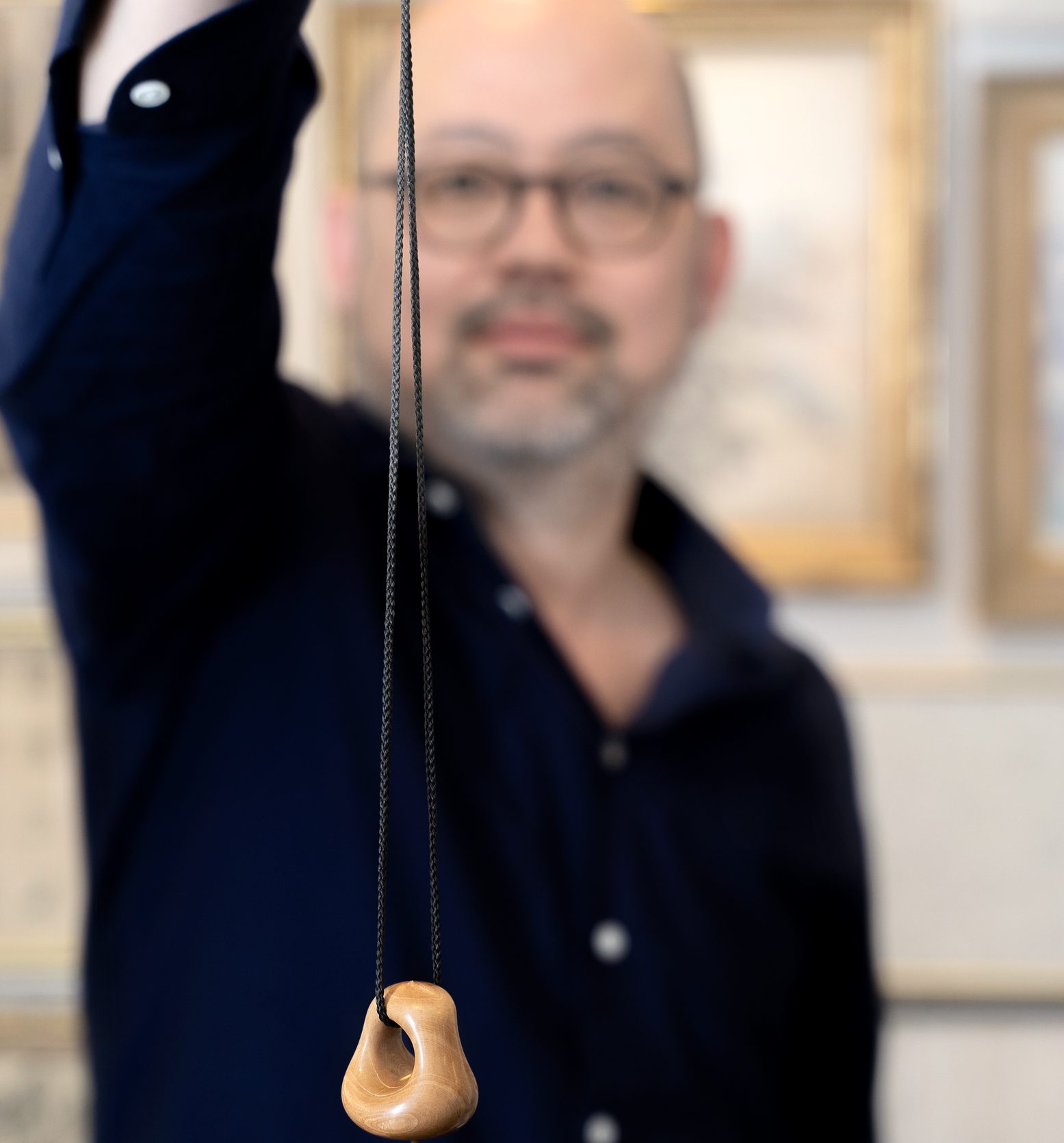 Japanese-born jeweler Yutaka Minegishi makes rings that beg to be touched, not only worn. Hand carved from chunks of organic material, such as ebony, brosimum rubescens (a variety of evergreen), rock crystal and stainless steel, these haptic objects have the power of amulets. Every angle of vision reveals an exemplary view, with each piece perfectly balanced and completely resolved. Although small in scale, Minegishi’s rings manifest all the qualities of monumental sculpture.

Minegishi studied metalwork at Hiko-Mizuno College of Jewelry in Tokyo before moving to Germany, where he was a guest student at Fachhochschule in Pforzheim. From 1996-2002 he studied under Otto Künzli at the Akademie der bildenden künste, Munich, from which he received a graduate degree in 2003. Minegishi has exhibited widely, including three solo shows at the prestigious Galerie Wittenbrink in Munich and group exhibitions at the National Gallery of Victoria and Project Space as part of Radiant Pavilion at RMIT University, Melbourne. Minegishi is the recipient of several awards, including DAAD Preis (2003); Bayerischer Staatspreis (2014); and Förderpreis der Landeshauptstadt (2016), Munich. He is in several important collections, such as the Pinakothek der Moderne, die Neue Sammlung, Munich; Stichting Françoise van den Bosch, Amsterdam; Hiko-Mizuno College of Jewelry, Tokyo; Muzeum Českého Ráje, Turnov; and Alice and Louis Koch Collection, Swiss National Museum, Zurich.